EA Review: How Profitable is Raybot?

Raybot assures its traders that their search for safe strategies that lead to profitable forex trading is over. According to its website, the robot has revolutionary results that you can notice even in a short period. We see this kind of sales pitch in many robot sales sites that end up disappointing us. We perform an EA Review of Raybot, its sales webpage, stats, user reviews and trading strategies to understand what makes the EA tick. 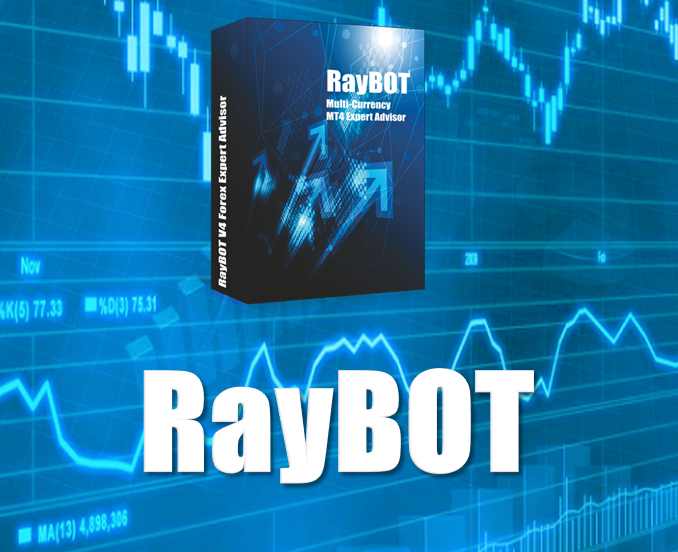 bot is a fully automated forex robot that runs on the MT4 platform. The bot was created by Phibase technologies, a group of experts whose main business is forex robot creation. We have no idea who the individual creators of this bot are or their origin.

The trader supports three currency pairs, including EURUSD, AUDUSD, and USDCAD. You can gain access to the robot in three ways; there’s an annual subscription that covers one real and one demo account that goes for a $290 annual fee.

If a trader wants two real and two demo accounts, they either pay an annual fee of $375 or a $ 975-lifetime fee with a $65 annual fee. This bot is equipped with an auto-optimization feature. As a trader, you are entitled to a 30-day money-back guarantee if the robot doesn’t meet your expectations.

EA Review: How does Raybot Work?

Raybot was created with an advanced trading logic that looks for optimal positions between support and resistance to enter trades. Support and resistances usually form a zigzag pattern as the currency process fluctuates in pricing. Once the bot finds an opportune time to trade, the dynamic trade management module takes over.

The robot’s mechanisms also include stop loss and take profit, which gauges the market volatility and acts accordingly. In case of a winning trade, the bot lets the transaction run its course. The robot doesn’t include grid or martingale in its trading techniques, which significantly reduces trade risk levels.

Raybot is compatible with ECN accounts, but for better profit realization, the creators recommend lower spreads. It’s compliant with FIFO and NFA, which puts the bot among those compliant with US forex brokerage platforms.

Raybot’s backtests can be found on Dukas Copy. The 2007 to 2013 tests show total gains of 1667.74%. The test shows an estimated 22.80% drawdown and a 1.37 profit factor. The historical data shows that the bot would have won about 50% of the trades during this time. The tests were done on the H1 timeframe. The bot doesn’t show confidence-inducing tests because a 50% winning streak shows you’re putting trades to a game of chance.

The live trades show the real story. The bot seemed to have an upward growth trend from 2016 until sometime in 2019, and then we start experiencing the plateau phase. The bot’s growth rapidly goes down until 2020 where this trade was last updated.

There are cheaper bots that would give the same profit or even better performance than Raybot. The other concern is the mystery around its creators and the locked, unverified information on Myfxbook. All this, coupled with the locked data, and downward growth rate, makes us believe that trading using this bot at this time is not a good idea.